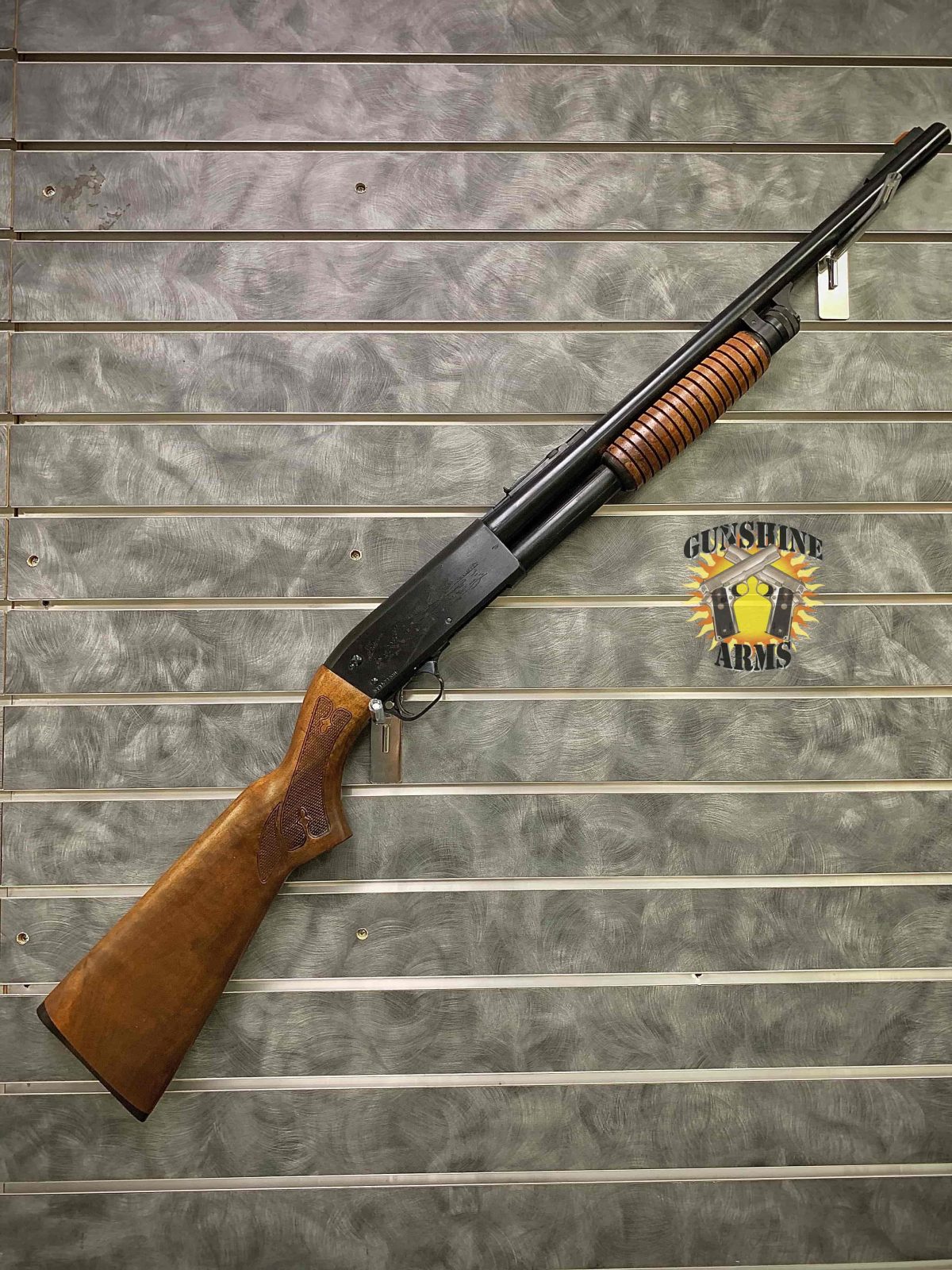 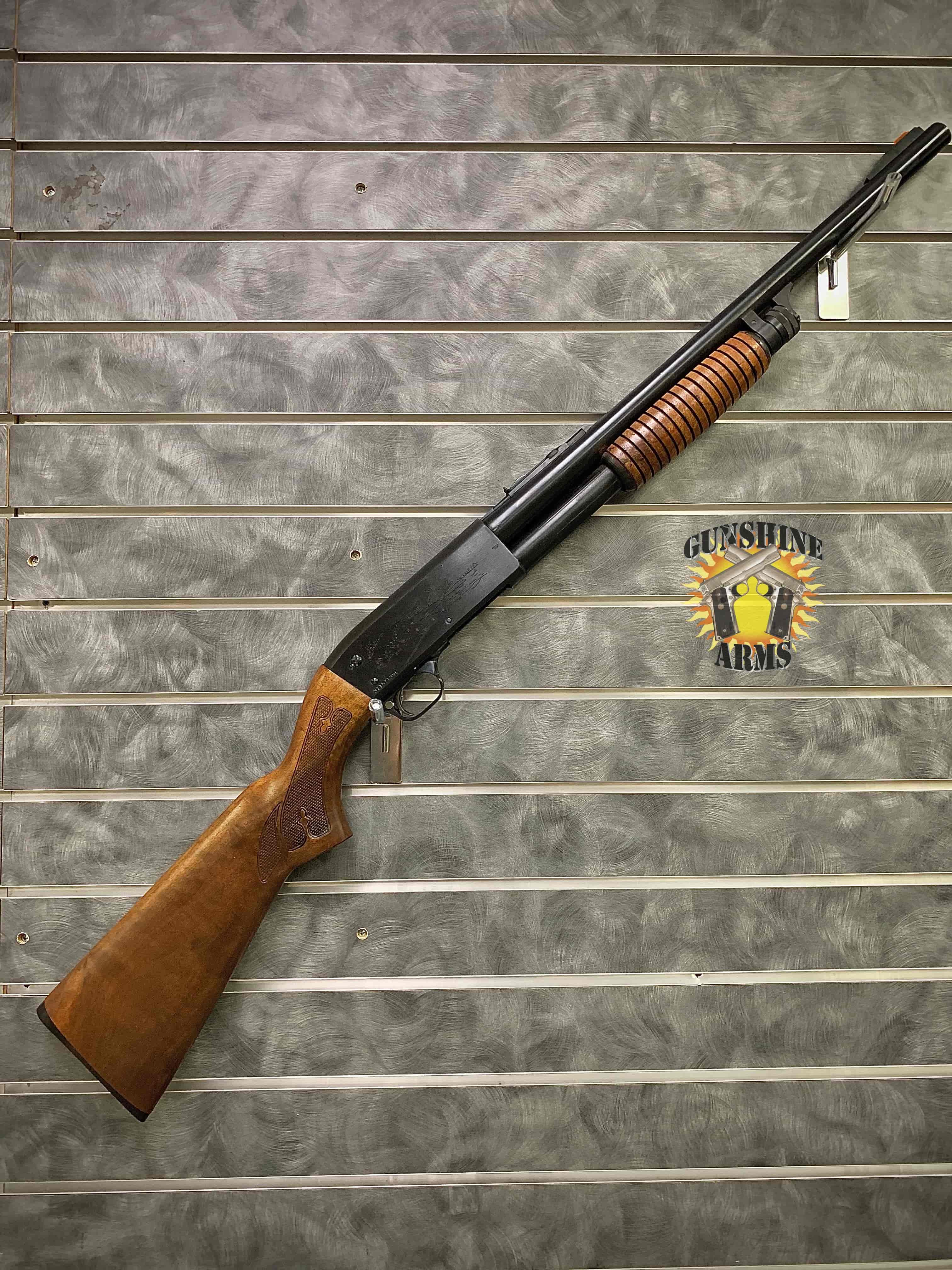 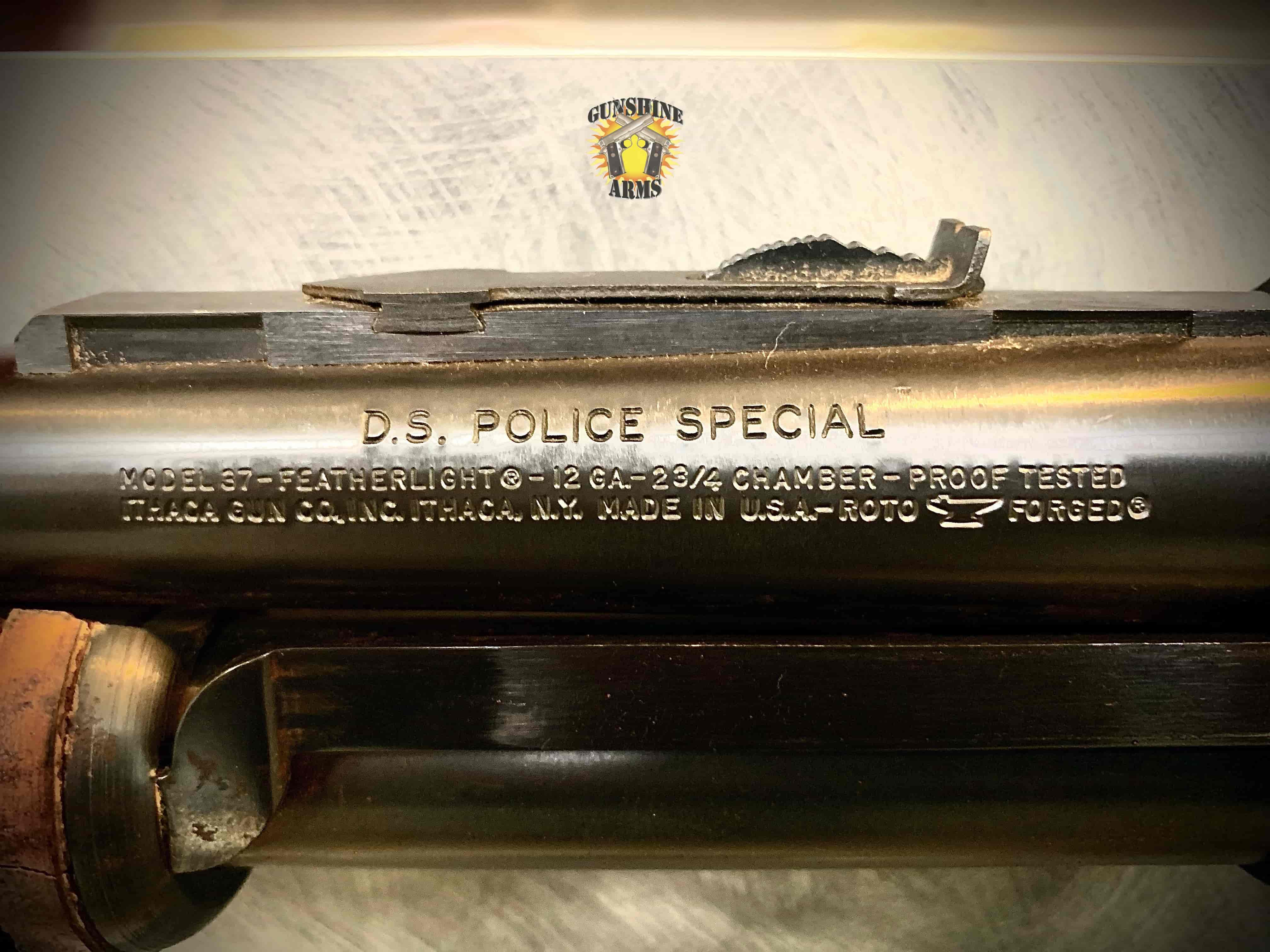 This 1976 Ithaca Model 37 Featherlight D.S. Police Special is one I haven’t seen in a long time.  Nice to see some of the older stuff roll in again.  The Ithaca 37 (or Model 37) is a pump-action shotgun made in large numbers for the civilian, military, and police markets. Based on a 1915 patent by firearms designer John Browning for a shotgun initially marketed as the Remington Model 17, it utilizes a novel combination ejection/loading port on the bottom of the gun which leaves the sides closed to the elements. Since shotshells load and eject from the bottom, operation of the gun is equally convenient for both right- and left-handed shooters. This makes the gun popular with left-handed shooters.

Whether you are a shooter or a collector, there is a lot of nostalgia here.  There aren’t a lot of these out in circulation that are in serviceable shape.  Come by the shop and take a look.  You may want to add this oldie to your collection.